You are here: HomenextThemesnextFun in the BaynextNatural landscapenextAround Warton Crag - Railway Views - Image 08 - passing the Crag 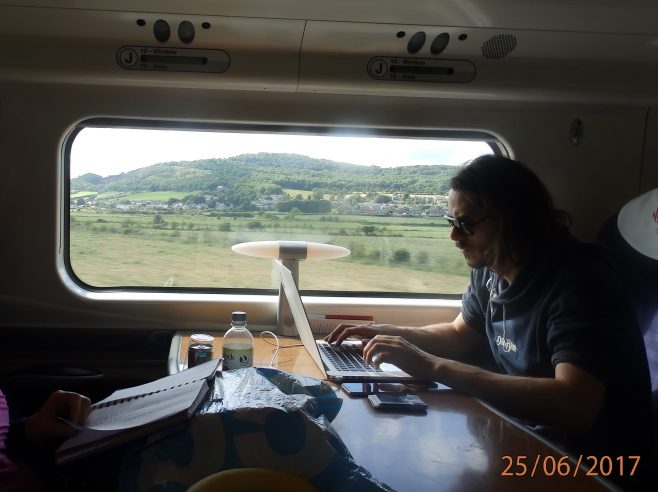 “Around Warton Crag – Railway Views” is another series of photographs celebrating Warton Crag, but the focus is the view of the Crag from the Railways passing nearby. We’re now in June 2017 returning from Edinburgh down the West Coast Main Line. A fellow passenger is totally unaware of our train’s passing Warton Crag nearby. Not surprising really, how many people do really notice the Crag from the train or from the M6 ? But here I can claim myself as an exception, as I first became aware of Warton Crag in my student days in Lancaster, and every time I passed by I turned my head to look (to the possible detriment of my driving). And this view just encapsulates what people are missing ! This photo also has a certain archaeological irony ….. I’m actually on my way home from the Edinburgh University conference which launched the Atlas of Hillforts (see Documents section).