You are here: HomenextThemesnextFun in the BaynextNatural landscapenextAround Warton Crag - Railway Views - Image 03 - getting up steam in 1976 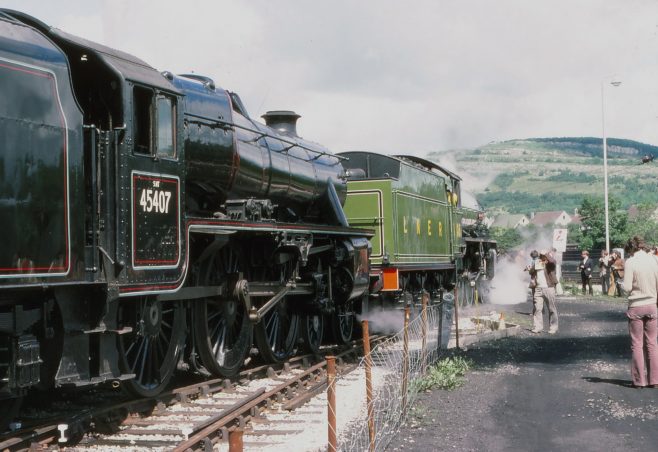 “Around Warton Crag – Railway Views” is another series of photographs celebrating Warton Crag, but the focus is the view of the Crag from the Railways passing nearby. This photo is from 1976 and was taken in Carnforth railway yard as the 2 locomotives were about to move off shed to pick up a special train from the south. Another photo where Warton Crag has magically appeared ! But it does illustrate a more serious point too. It is no coincidence that Carnforth was (and is) a strategic railway junction, and is overlooked by Warton Crag. The position of the Crag forces roads and railways alike to make a decision on which route they want to go ……. much like the Romans 2000 years ago you might think ! .