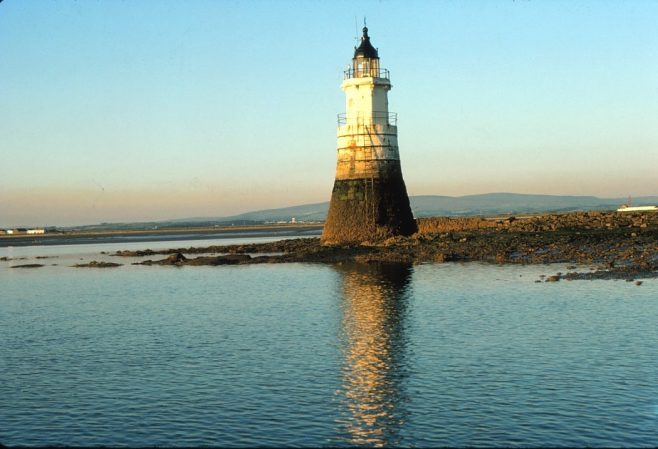 Plover Scar Lighthouse also known as the Abbey Lighthouse is an active 19th century lighthouse sited at the entrance of the Lune estuary, near Cockersand Abbey. It was built in 1847, as the lower light of a pair of leading lights, and is therefore also called the front or Low Light. The rear or High light, known as Cockersand Lighthouse once stood next to the Abbey Lighthouse cottage on Slack Lane was originally a wooden tower, later replaced by a metal framework beacon. The leading lights helped ships navigate into the Lune estuary, to reach Glasson Dock and then onwards via the Lancaster Canal to the port of Lancaster, with Plover Scar marking the rocky outcrop at the edge of the deep water channel into the estuary. One of nineteen images of salmon fishing on the River Lune taken by local fisherman Alan Smith. Alan Smith’s oral history is in the archive.